I only recently realized, after I heard Steve make yet another comment about making the Senior Pro Tour, that he has been secretly training for it for the past 20 years. Helllow, Sugar Daddy! I’m not sure he realizes how close he already is to being old enough (50)…. (how to qualify for the Senior PGA Tour) but, I digress. Good ol’ Steve is on a slow steady pace (maybe more slow than steady) of improving his game to the level of providing us (me) with the lifestyle I would like to become accustomed to. It’s good to have goals. 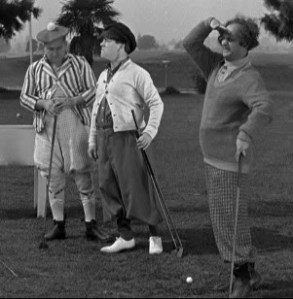 His secret? He does better with the right combo of perspective and alcohol. Relaxing buzz, he calls it. From what I can gather from his golfing buddies, they may all kinda suck. (find the fix for what ails your game) Settle down, settle down. I meant compared to pros of course. But, I’m pretty sure if you have to four put on even one hole you’re not gonna make the Senior Tour let alone become the Sugar Daddy you aspire to be.

Lining up the put

He does love the game. When he thinks he’s got time to sneak away from work to hit the course – it’s like it changes his whole outlook on the day. He’s almost giddy. So who am I to dash his hopes? What do I know anyway? Maybe a 96 will be good enough for the tour.

My goal this week- easy food pairings that work. Much more easily attainable.

Right off the bat, I liked this refreshing Sauvignon Blanc. It reminded me of my first wine tasting experience, check it out here: MantecaGroceryOutlet, and it paired easily with the summer sausage. Arvin said it was a bit citrusy, which he liked. Steve agreed, he found it mild and refreshing as well. Terry liked it and Larry thought it tasted buttery with a hint of pear.

4 out of 5 stars from on-line reviewer at Vivino.com: Surprised at the mild sweetness! I don’t remember what I spent on this, but knowing where I got it, I know I didn’t spent more than 5.99 most likely, and certainly not more than 8.99, and am quite impressed for the price. I’m not usually a huge fan of non-sweet whites, but this had excellent balance….

Steve noticed the light color and commented that he found this Old Vine Chardonnay to be dry. Arvin called it ‘Buttery’ and Terry thought it had a punch to it. Its buttery-ness contributed nicely to the Cranberry Apple Spice cheese on Butter crisp crackers, which also took the punch out. Larry agreed with the label, on the ‘grilled pineapple’ after tasted, he liked it.

88 points. Expert review from Virginian Boone on WineEnthusiast.com: The vines behind this wine were planted in the 1960s and 1970s, qualifying them as old in the Napa Valley. Winemaker Lisa Warner uses native yeast as well as one from Montrachet to craft this muted, nutty Chardonnay. Richly textured it is otherwise awash in high-toned citrus, both lemon and pineapple 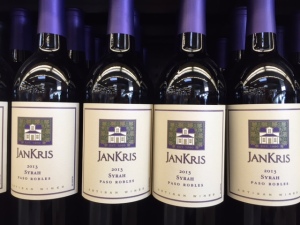 Arvin immediately commented that he liked it. He called it corky (?) and said it tastes perfect, Scott agreed with a ‘very nice’. Larry liked the aroma and said he tasted black currant. Steve thought this Syrah made his mouth feel like it does when you bite into a great steak. (Happy). Terry agreed, saying this would pair great with a good piece of steak. I liked the sweet aroma and dry berry-ness, it melts in your mouth. Larry added that this wine is mellowed out when combined with chocolate.

Wine info from Vivino.com: Californian Syrah certainly isn’t a wine for the meek. This bold, spicy wine typically has heaps of raspberry, black fruit and heady levels of alcohol. 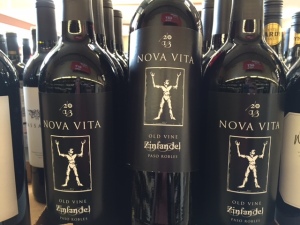 Terry started us off with this Old Vine Zin, she said, “It’s got a very strong….” I guess she couldn’t quite put her finger on it, lol. Arvin found it peppery; he said it kinda grabs you. Steve thought it would add a spicy zest to a great steak. I agree, but it also paired nicely with the creamy Gouda cheese. Scott commented on the long legs and added that he liked it, it’s not to sharp.

Wine info from Vivino.com: While California Zinfandel can be produced in various styles, ranging from light to full-bodied, they all exhibit a certain fruit forwardness that is frequently described as “jammy”. It is also known for licorice, spicy and peppery notes. Zinfandel has gotten a bad rap from the abundant jugs of cheap, pink “white zin” lining the bottom shelves of many grocery store chains. However, this grape variety produces quality red wines that are food-friendly, versatile and delicious.

One thought on “It’s good to have goals”