It’s amazing how a series of small unfortunate events can change everything.

This past winter the cable on my garage door came off the wheel thing. And, just like that, life as I know it changed. The door wouldn’t close. Steve & the boys eventually forced it closed and stuck a screwdriver in it to secure it. My stuff was in prison, but at least the door was closed. Crisis averted?

It was just the beginning.

In addition to all my treasures that I  store/hoard in the garage, my daughter had recently moved and had been using a portion of the garage for storage. Her stuff was blocking all access to the corner that needed repair. My stuff was blocking her stuff. There were two nice little pathways, one to my tools and one to take the trash out.

Well now. I needed to open the door to move the stuff out of the way to fix the door! Now what? I considered just completely sealing off the garage, never to be spoken of again. Just write it off as a complete loss. Seemed like the only rational move. C’est la vie!

During this same time, the rains came. Rain like we haven’t seen in years. The Front Porch was soaked. The seat cushions should’ve been stored in the garage, but it was sealed off. What a mess.

Side-bar: I spent my free time acquiring some great new junque and (kind of) redecorated a couple corners. 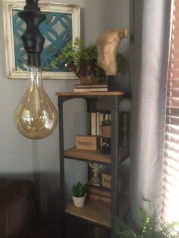 But, Good News! Me and the Girl were eventually able to first clear out my stuff through the house, then her stuff and repair the garage door. It goes up and down again just like the rich folk.

Then, the sun came out (cue the angels singing) and I got the Front Porch all cleaned up and ready for our first wine tasting in months.

Misty found this Chardonnay to be light and citrusy. Steve added fruity. Joe S. commented that he liked it. Larry noticed a fragrance of pear and also tasted citrus. Arvin called it smooth & fruity and Connie thought it was spicy, like salsa.

4.1/5 Stars from Vivino.com: Med oak nice around chard I enjoyed this wine very much. Love the clean, crisp taste. No butter! It did have more fruitful flavor as it warmed 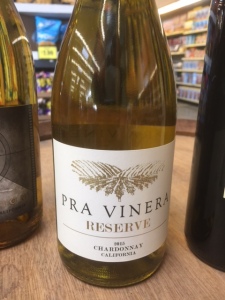 This Napa Chardonnay struck me as floral at first taste. Misty thought it was sweet with a lingering mouth feel. Connie gave really high praise – she said it is three steps away from Rombauer (her absolute favorite). Steve called it buttery and smooth and Larry tasted oak and said it was like slow wet kisses that last all night long. What the heck?

Fruity, slightly oaky, refreshing. Got it at a steal at grocery outlet. Very good value, will buy again if I see it. Smooth and buttery. Dry, vanilla notes. Great Smooth rich body with hints of Earth tones. Good anytime . Pretty good, mild flavor and no strong alcohol taste. Impressive for the price 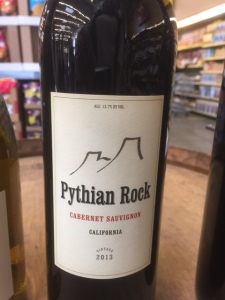 Larry thought he tasted licorice, not sure… Misty liked this Cab as an evening wine to have with desert, liked how it paired with chocolate. Larry agreed with the pairing. Terry said she liked it a lot and Kerri agreed. Arvin said it was just strong enough.

88 Points from CellarTracker.com: Cabernet elements all represented and we’ll balanced, but without the depth or singularity of the next level up price point. A bit thin but a fine general cab that deserves more attention than it has received. Modest floral inflection, suggests oak without insisting, and backs off a slightly sour but reliable aftertaste

I took note of the long legs, they were apparent even though I was drinking out of a vintage glass that was etched and colored. Arvin agreed, he also found it dry and he liked it. Larry noticed the definite Zin grape taste. Steve simply said, ‘spice’. Terri said it was sweet and gave her that warm tingling feeling that she is famous for.

Tasting notes: A classy package with a whole lot of wine in it! Dark, blackberry and spice fruit, almost jammy, but not over the top. A super buy!